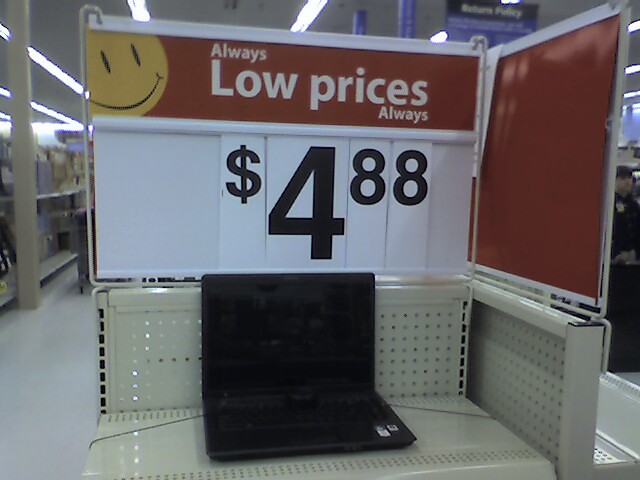 Walmart is no stranger to controversy whether it is from their employment practices, their paid wages, where their stuff is made, or any other reason you can think of. Recently their online site has come under criticism for something posted that may, or may not, have been intentional. Either way, everyone can agree that the newest flub is quite a big fat screw-up.

END_OF_DOCUMENT_TOKEN_TO_BE_REPLACED

In 2010, a new exciting social media medium became available to all apple iPhone, iPod and  iTouch products. Instagram quickly gained momentum and popularity. As an exclusive, picture sharing app, no one ever imagined it would reach the potential it has today. Today, Instagram is available on all smartphones, tablets, macs and PC’s. Instagram has more than 150 million monthly active users worldwide.  Instagram is not only one of the top social media tools around but it is also becoming one of the biggest marketing tools for businesses.

Through Instagram, many companies are now able to connect directly and effectively with their consumers. The reason for this is that they are now able to communicate with their audience directly by sharing photos, likes, and comments. Through this segway, consumers feel that they have a personal connection with their favorite brands. Therefore brand awareness and  sales increase. The way  companies can establish and spread awareness to their brand is by using this new innovative tool properly to their advantage.

Brands can use their Instagram feed with content their personal content in two ways: by creating original brand content and curating customer content. They can make their images and videos unique to them and capture the attention of more consumers. When brands and companies are being original about what they post, they have the opportunity to be authentic, and “in the moment”, which works best at connecting with consumers than traditional ads.

Brands can really take advantage of Instagram by maximizing the success of non-traditional media advertising and marketing. In doing so, they put customers at the center of the experience and really engage with their consumers and target audience.

Because of this unique way in which Instagram is beneficial to businesses, it has become more than just a social media tool. It has reached a point where all of the social media sites before it have strived to achieve such as Twitter and Facebook. Instagram growth is accelerating and so are the devices in which users can have access to the site. With technology at an all time rise, businesses can definitely take advantage of this new, innovative tool to maximize their company success and reach consumers at a more personal level.

What does the future hold for creative advertising? New 3D printing technology is making a move into the ad industry and brings with it various pros and cons.

Aki Spicer wrote an article for Fast Company titled “What 3-D Printing Means To The Future Of Advertising” that takes a look at how this new technology will force advertisers to be more critical of the work they produce. The key portion of the article states:

“At its core, 3-D printing foretells of a philosophical shift beyond flat-dimension brand expression–2-D ad slicks, taglines, pictures of things–toward the embrace and execution of 3-dimensional expression: tactile baubles and mementos and experiences. This is no longer just pictures and drawings of things,; this is real things. In the world.

At first blush, agencies will need to become experts (or hire them) in CAD manipulation, architecture (no, really, this time) and display arts, fashion design, and jewelry making. These roles are not necessarily “new” to the world, just not native to the typical ad agency, and increasingly they may become more of a norm in our midst.

Advertisers will be forced to reconcile their physical outputs in the world in a way that spitting out spots and microsites never faced us with. Or, said differently, our ad crap is made more evident when it’s a real piece of crap sitting on a desk or floor. We’ll have to continue to ask ourselve[s], “Is this additive value or just some more crap?” And the crap factor will, hopefully, make us work harder to do better for audiences who are increasingly immune to our virtual ad crap, more so when it’s physical ad crap.”

In other words, advertisements are EVERYWHERE. We see them all day everyday. Once more advertisements start taking up physical space in the 3D world instead of on billboards, in magazines, and in TVs, they will be more noticeable and more prone to criticism from the general public, as well as other agencies. But, it is not all bad news.

Being more noticeable means getting more exposure. 3D ads have a better consumer interactive opportunity than 2D ads. People can pose with a 3D ad and share the photo with friends and generate more EARNED exposure through word of mouth.

Spicer also says that 3D printing can lead to bettering the creative output and uniqueness of an agency. “The upside lies in our unbound ability to deliver truly unique and physical brand experiences. If our brands have something truly unique to say, why wouldn’t they express it in more dimensions in taglines, in television films, in sites, in check-ins, in pins, and in real “things”?”

Glen Emerson Morris, in an article for The Review titled “Advertising in the Third Dimension: An Advertiser’s Guide to 3D Printing,” states that the arrival of 3D printing is the third and final phase of advertising:

“We’re now well into the third and final phase, or dimension, of the digital revolution. The first phase was the digitalization of media – converting things to computer code, including desktop publishing and digital video. The second phase has been the Internet – the distribution of digital files to anywhere on the planet. The third phase of the digital revolution is about converting information into physical objects and sensing and controlling things in the real world, like 3D printing and robotics. It’s the reverse of phase one. At maturity, this technology will provide all the functionality of the Star Trek matter replicator. It’s the ultimate destabilizing technology, and it will make boneyards of many current industries, but it’s effect on advertising will likely be very positive.”

Morris says that the advertising industry has the most to gain from 3D printing because it will bring a whole new… dimension (haha)… to ads. He says that there are 6 things an ad agency can do with a 3D printer:

What do you think 3D printing means for the ad industry???